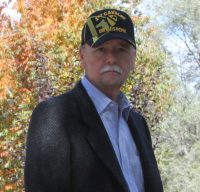 The Trigg Ranch had a special meaning to my family and me in the mid-1950.My memories of the ranch are more than 65 years ago. I visited there many times during my youth and had a wonderful time during each visit.

My mother, Marion, and Bess Trigg were best friends. Marion and Everett Shaffner became acquainted with Bess Trigg, the Trigg Ranch owner, when she attended the Episcopal Church in Tucumcari, New Mexico, in mid-1950. Bess attended church every Sunday morning without fail, and I remember her as a charming person who would visit with my brother and me after church services. Bess attended church services every Sunday at the Episcopal Church in Tucumcari without fail.

Bess Trigg lived on the Trigg Ranch, about 32 miles from Tucumcari. I have fond memories of the ranch because, as a youngster, there was always plenty to do. Near Bess’s home was a relatively sizable tree-lined pond I played near when visiting. 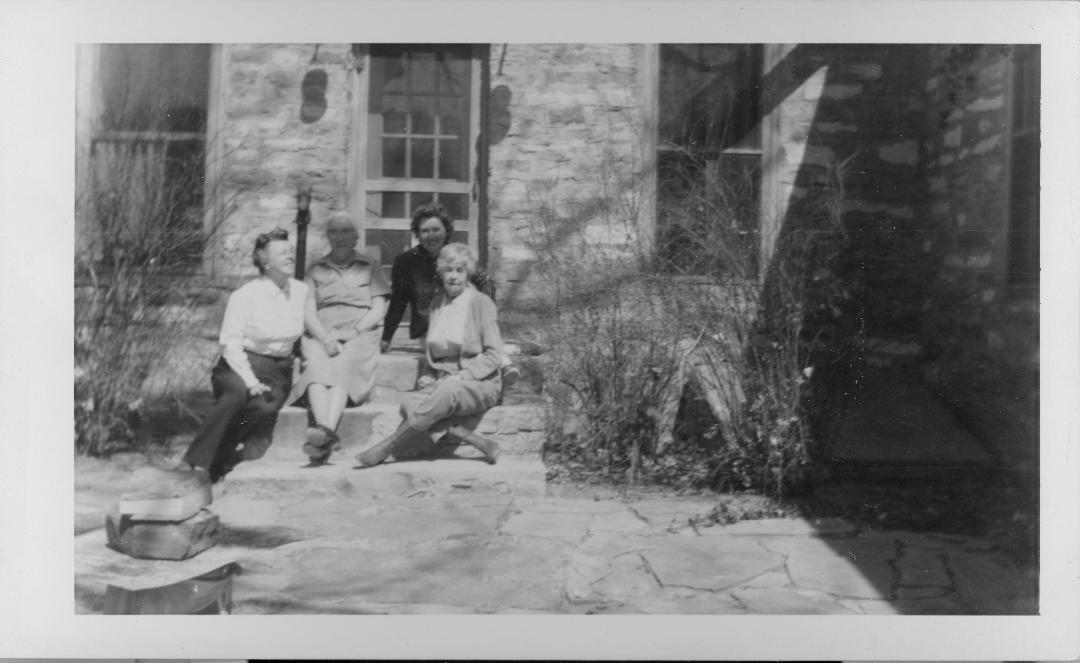 Sitting on the patio steps: Bess Trigg second from left, Mom Devor third from right. This photo was taken at the Trigg Ranch by Marion Shaffner. Bess Trigg and Marion Shaffner were best of friends. Bess attended church services every Sunday at the Episcopal church in Tucumcari. Mom Devor lived in Tucumcari and was married to Pop Devor who was an insuraagent …Jim Shaffner

On one of my visits to the ranch, I tossed stones into the pond, and then I picked up a small tree branch and used it to stir the water along the pond edge. I disturbed an animal that I had never seen before and have not seen another like it again. The animal was not a fish, so it had to be a strange underwater insect. It was about three-fourths inch to one inch long with six to eight undulating legs on each side. It moved in the water with its undulating legs slowly along the water’s edge. 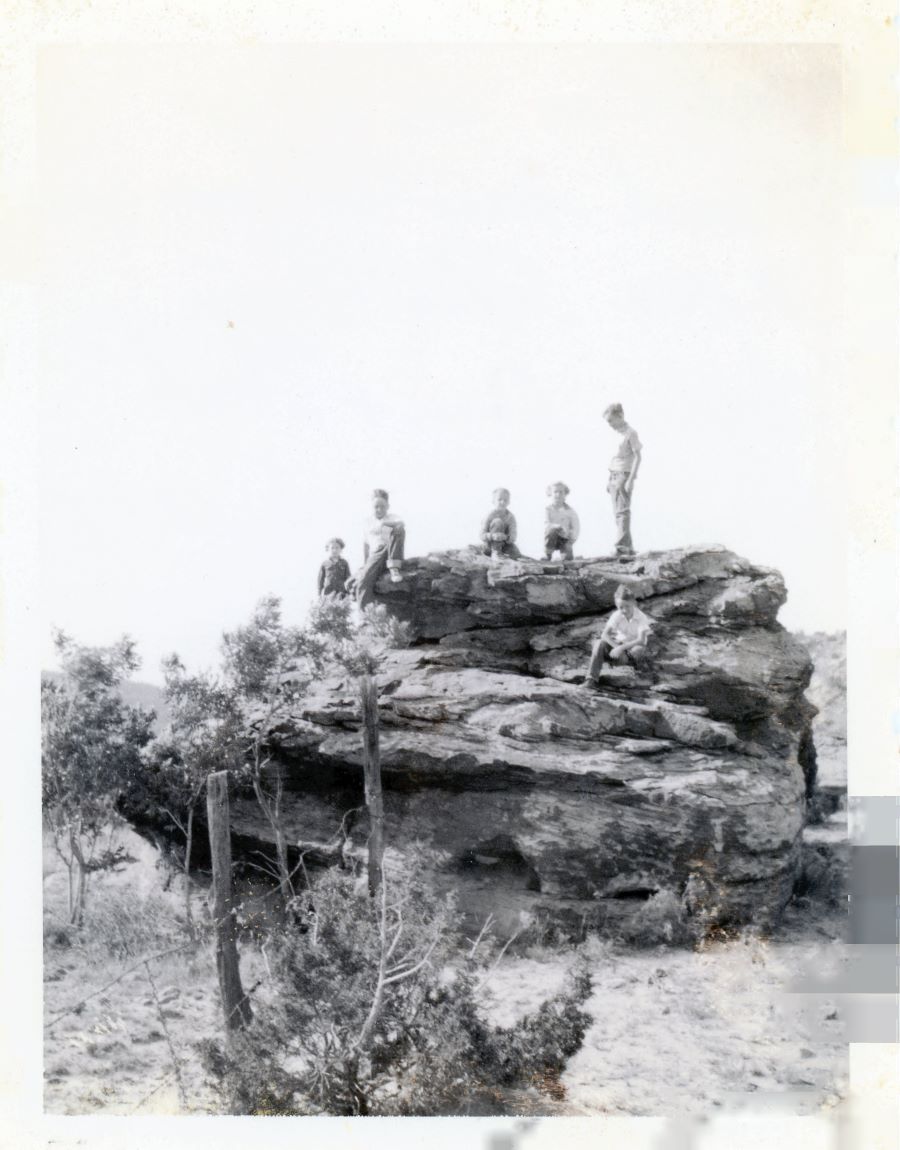 My family also visited the Steve Trigg Ranch and saw Steve operating a road grader, which I thought was fantastic. I never knew anyone that owned their road grader and wanted one too. The last time I saw Steve was at one of my Tucumcari High School class reunions in Tucumcari. He was seated near me with his wife, Ann Vuras Trigg. I was excited to see Steve and Ann and decided to go to his table, sit down and visit. We had a nice but short visit but not particularly personal, which I thought was odd but said nothing about it. I found out later that Steve asked his wife where Jimmy Shaffner? She said, “that was Jimmy Shaffer that was just at our table and left.” That incident reminded me to identify myself when I had not seen someone in a long time.

I add a little bit of information about my wife Marie and her history; Marie has family ties to Onate, who first came to New Mexico in 1598. There is a hill that is almost exactly three miles from our home here in Tome where Onate first camped when he arrived in New Mexico. Marie never says much about Onate because she and her family know that Onate was a murderous jerk and not well respected among Marie’s family for his actions.

ST: A note from Wikipedia;

Richard Wetherill (1858–1910), a member of a prominent Colorado ranching family, was an amateur explorer in the discovery, research and excavation of sites associated with the Ancient Pueblo People. He is credited with the discovery of Cliff Palace in Mesa Verde and was responsible for initially selecting the term Anasazi, Navajo for ancient enemies, as the name for these ancient people. 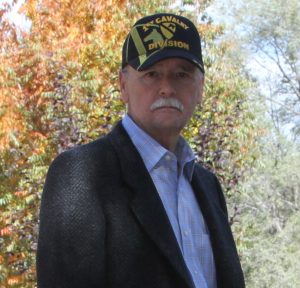