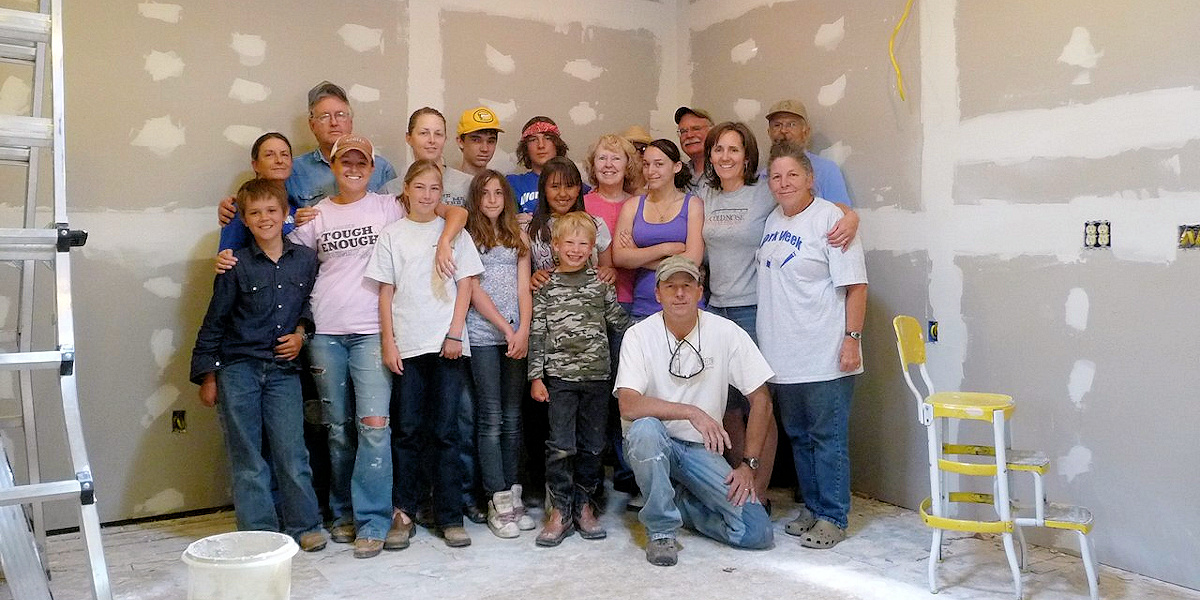 Work week 2010 started out a little slow as the cabinets were not fully installed. Turns out the installation process turned out very difficult due to the uneven and out of level kitchen structure. Eloy and his cabinet crew had to leave the previous Thursday to return Monday during work week to finish enough for us to get underway. Eric, Chris, Colton, & Jacob arrived Thursday night. Kristen, Caitlin, & Hilary were on their way back from Amarillo from an extremely long an tedious day of food and supply shopping. They didn’t arrive at Nana’s until about midnight to unload refrigerator stuff. They were very tired!

The McClearys arrived Friday morning with a great landing on Nana’s road. Dorothy arrived from Boulder later Friday as did John and Linda from ABQ, and long lost cousins Frank and George Bowie from Fort Worth. Robin came Saturday as did Annete, then Steve, Whit and his girlfriend Sam. Tom didn’t get there until Monday evening which turned out well since he was able to get needed supplies from Home Depot in Amarillo on his way in.

This year Ranch friend Berry did the cooking for dinner as well as helped immensely with redoing electricity for Nana’s. His friend Larry helped some of the time and both made quite an impression (in a good way) on everyone. Thanks Berry and Larry!

We didn’t quite get the Kitchen finished but we did;

Thanks to all who came this year!!!